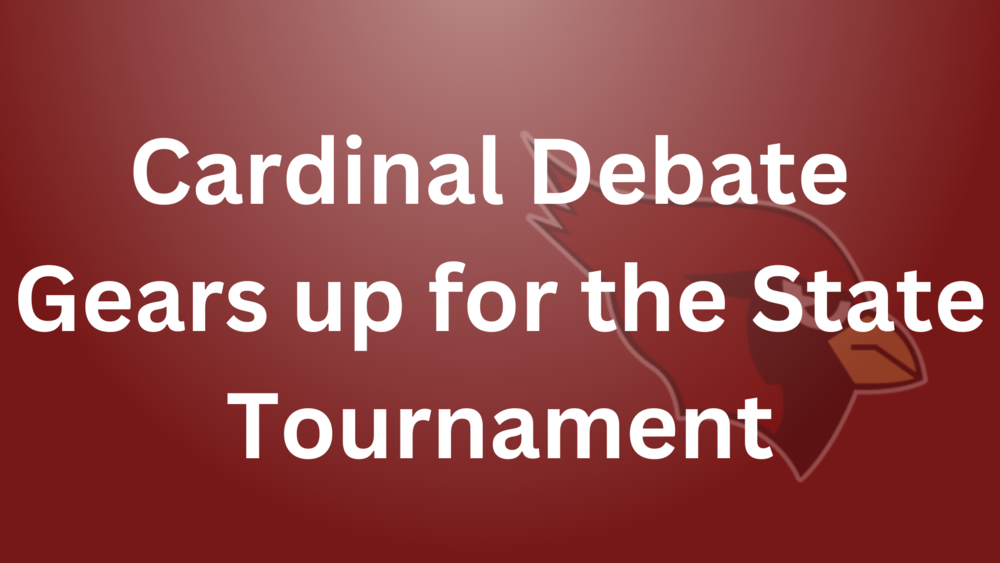 Cardinal Debate Gears up for the State Tournament

As the debaters gear up for the state tournament on December 2-3rd, it is a great time to look back on this year’s debate season and get the word out about some season highlights!

Every debate season, the debaters debate both for and against two topics or "resolutions". The first half of this season dealt with whether colleges and universities should accept ACT and SAT scores as a part of their admissions process.

The debaters competed 3 tournaments on the first debate topic, and at the Mankato East tournament, the team of Season Kotewa and Sevin Forsythe and the team of Thomas Hamlet and Kaylee Nelson received awards for going 3-1 in the Junior Varsity and Novice divisions respectively: After Mankato East, the topic switched to a debate around whether or not the US should adopt a policy of regime change toward Iran. The debaters then debate the same topic all the way through the state tournament!

We’ve had 3 tournaments debating the Iran topic and had some success! At the South Saint Paul tournament, the team of Dominick Lund-May and Isaiah Lockwood received an award for going 3-1 in the Junior Varsity division: 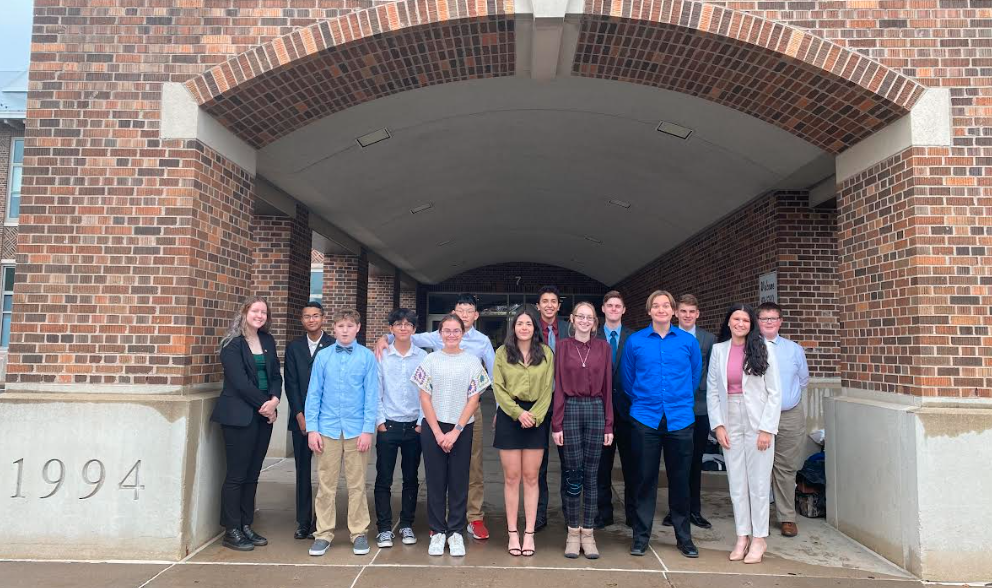 As a coach this was a nice moment to reflect on the season. We hadn’t been in-person at the South Saint Paul tournament since 2019 when the team was just 5 people. We've grown quite a bit as a team and it is just a joy as a coach and educator to see so many kids ready and willing to wake up early to leave the horseshoe at 5:45am to go debate foreign policy issues on a Saturday. It takes a long time to build the argumentation and advocacy skills that debate demands, and as a team with many new members, it’s just great to see kids putting in that work.

The next tournament was a big one for Fairmont! The team of Dominick Lund-May and Isaiah Lockwood received the first award in the Varsity division for our team so far this season(3-1)! The team Season Kotewa and Selvin Forsythe also received recognition in the Junior Varsity division(3-1)! Leon Yang was also recognized for being a topic speaker in a Novice division!

The state tournament will be held at Two-Rivers High School, the alma mater of the two Fairmont Debate coaches, Erik Walker and Christine Barkley. As coaches, we are proud of the Fairmont Debate team and encourage you to wish them luck at the final tournament of the season!